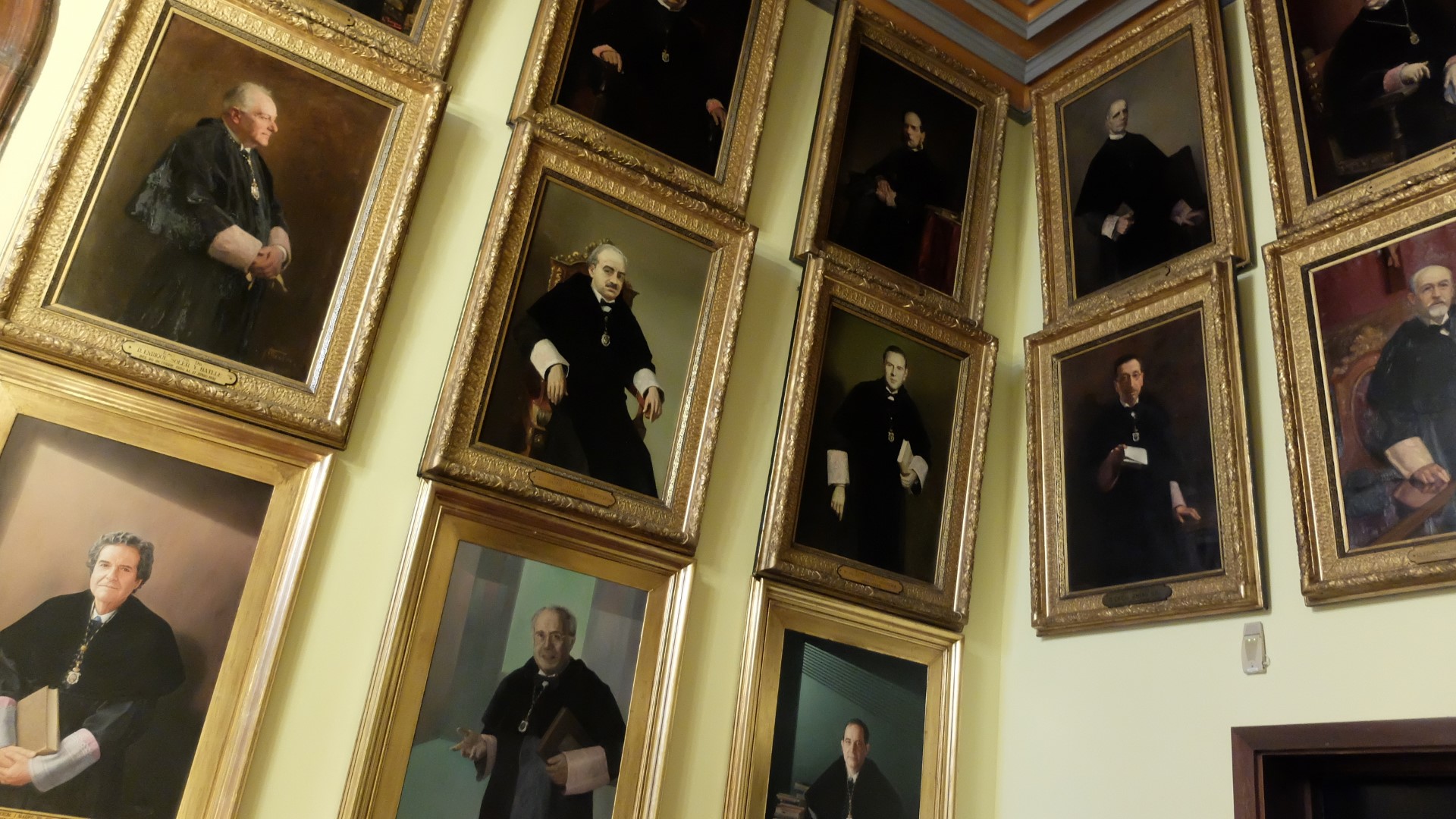 Collection Art
Identifier AA1002A
Type Pintura
Enllaç relacionat http://www.ub.edu/visitavirtual/visitavirtualEH/index.php/en/get-to-know-the-building-room-x-room/first-floor/rectors-portrait-gallery
Lloc de procedència Barcelona
Location Edifici Històric. Gran Via de les Corts Catalanes, 585
Date Des de 1876 fins a l'actualitat
Description
The portraits (1.23 x 0.88 m) represent nearly all of the rectors of the University of Barcelona from the time of its return from Cervera to Barcelona in 1842. It seems that the initiative to build a Rectors’ Portrait Gallery came from the rector Julián Casaña in late 1879 when, in agreement with Elias Rogent, who was then finishing the building, Casaña commissioned various artists to paint portraits of previous rectors all the way back to the re-establishment of the University in Barcelona in 1837. In his historical overview (written in 1881 and published in the yearbook for the academic years 1878-1883), Vidal i Valenciano indicated that the Rectors’ Meeting Room displayed the portraits of the rectors since 1839, so the portraits commissioned by Casaña in 1879 must surely have been painted and hung by 1881, when Vidal wrote his overview. It was later documented, however, that only seven were completed. In addition, the portrait of the first rector, Albert Pujol Gurena, was painted at the behest of Fabià Estapé, who served two terms as rector in 1969-1971 and 1974-1976.
Read more

Other items in the collection 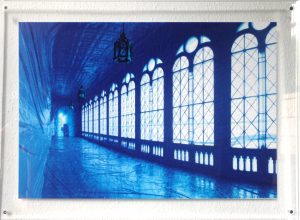 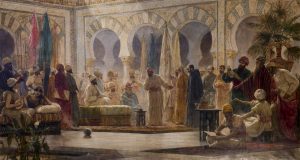 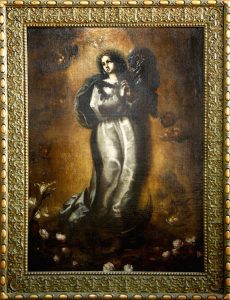 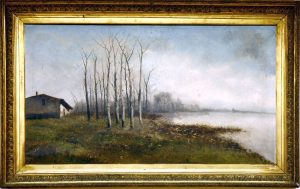 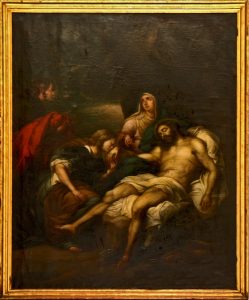