Miquel Porter i Moix Collection
7
of
25

Collection Miquel Porter i Moix Collection
Identifier 07CMP
Type
Material/Technique Paper
Mides/durada 41.2 x 15.7 cm
Lloc de procedència Manresa
Location CRAI Biblioteca de Belles Arts. Baldiri Reixac, 2
Date 1918
Description
Program announcing the opening of "Sangre y Arena" ["Blood and Sand"] on 15 and 16 May 1918, at the Cinema Moderno in Manresa. Film measures 3,000 metres in 6 parts. The program notes that the film is adapted from the novel by Vicente Blasco Ibañez and features panoramic vistas of the Alhambra in Granada and the Alcázar in Seville. To underscore its importance, the announcement states that the film was shown to the king and queen of Spain in Madrid and that it was also a hit for ten consecutive nights at the cinema Catalunya in Barcelona. The film, which was directed by Ricardo de Baños and Vicente Blasco Ibáñez in 1917, was shown at the cinema Moderno in Manresa on 15 May 1918, according to this program printed at Imprenta Alcaraz, Paseo 15, in Manresa. https://museuvirtual.ub.edu/ub/miquelporterangles/Sangreyarena_en.pdf
Read more

Other items in the collection 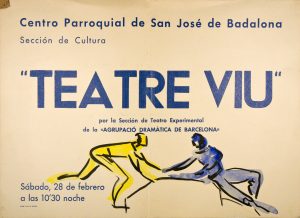 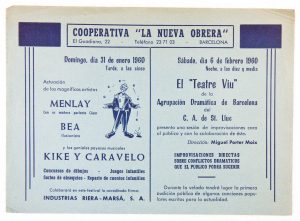 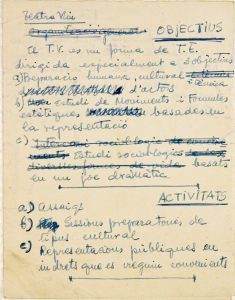 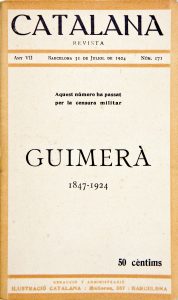 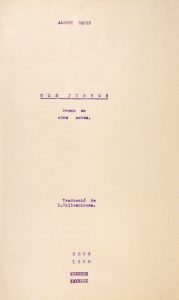